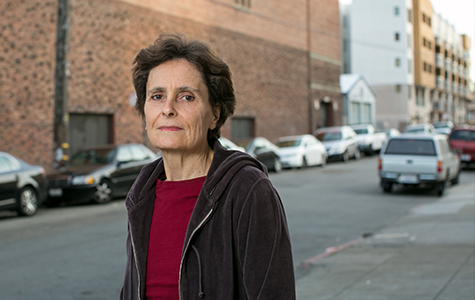 Under a proposed state policy, women who face brutal acts of violence can be denied financial aid due to their involvement in sex work.

For nearly fifty years, the California Victim Compensation program has provided financial aid to victims of violent crime in order to help them pay their medical bills, and to pay for mental health services, crime-scene cleanup, and other costs, including the loss of income. Although the state has doled out more than $2.3 billion to victims through this program, until recently sex workers were not among the recipients. That changed last December after intense protests — including testimony from sex workers who spoke of facing horrific violence on the job — prompted the board that oversees the program to repeal the regulation that banned prostitutes from receiving aid.

Yet while sex worker activists and civil rights groups across the country celebrated that decision, the state has taken steps in recent months that would effectively reverse last December’s ruling. Newly proposed rules would allow the Victim’s Compensation Program to once again bar victims of most violent crimes from accessing financial aid simply due to their involvement in sex work. In a package of proposed policy revisions, which is currently under review, one regulation states that a victim “who suffers injury as a direct consequence of an illegal act he or she committed” can be denied access to compensation, because the state would deem that victim as having “participated” in the crime for which he or she is seeking aid.

That proposed regulation only includes exemptions for cases of rape, sexual assault, and domestic violence. Simply put, activists and legal experts say the intent and reality of the proposed policy is clear: Sex workers who are violently abused by their clients — but not raped or otherwise sexually assaulted — will still be shut out from the victim’s compensation program.

Rachel West, a spokesperson for US PROStitutes Collective, a sex worker advocacy group based in San Francisco, said the proposed policies are discriminatory and wrongheaded. “To deny these victims is again blaming women,” she said.

Sex workers who testified in Sacramento last year spoke about having been attacked at knife point, strangled, robbed, beaten severely, and held captive overnight, according to US PROStitutes Collective. Victims of those kinds of crimes are all eligible for compensation under state law — but not if they were involved in sex work, according to the policy proposals.

The Victim Compensation Program — which California established in 1965 as the first of its kind in the nation — is available to victims of domestic violence, child abuse, assault, sexual assault, robbery, human trafficking, drunk driving, and numerous other crimes. In fiscal year 2012–13, the program provided nearly $62 million to victims across the state, including $3.3 million in Alameda County. During that year, the state approved 41,470 applications from victims — 78 percent of the total requests it received. The state denies applicants for a wide range of reasons, including if a victim is on felony probation or parole or if a victim refused to cooperate with police; those rejections, and the way they can revictimize some of the most vulnerable victims in California, were the subject of the March 5 Express feature, “Unfair Punishment.”

Since 2011, the board has denied a total of eighty claims due to prostitution, according to Victim Compensation spokesperson Anne Gordon.

When the board decided last year to repeal the anti-prostitution rule, officials emphasized that the program’s mission is to support victims regardless of circumstances. “While recognizing the act of prostitution as a crime under California state law, we uphold our commitment to putting victims first,” Julie Nauman, the board’s executive officer, said in a statement at the time. “As the state’s leading provider of victim compensation, we want all victims to know that CalVCP is available to help.”

The program subsequently reviewed the 80 applications that had been denied since 2011 under the prostitution policy and ultimately approved compensation for just 25 of them — all of which were rape cases, according to Jon Myers, deputy executive officer of public affairs and outreach for Victim Compensation. The remaining 55 were not approved “because they still had other reasons for denial,” Gordon wrote in an email to me. Myers told me he couldn’t offer any further specifics on why those cases were denied.

Given that only rape cases have been reversed, activists said it was clear that the state was still discriminating against sex workers in all other instances of violence. The new proposed language could solidify that practice. “It’s still sending the message that violence against women is okay in some circumstances,” said Micaela Davis, policy attorney with the ACLU of Northern California.

The program’s practice of helping families of homicide victims cover funeral expenses offers perhaps the most striking illustration of how unfair and arbitrary it is to aid victimized sex workers in instances of rape, but not other forms of violence, activists said. That is, if a client murders a sex worker, then the deceased victim’s family would likely not be able to get financial aid to cover funeral and burial costs under the proposed regulation.

And the policy of only supporting sex workers who have been raped puts the burden on the survivor to prove, in the stressful period after a traumatizing incident of violence, that she is worthy of support, activists said. For some victims, the financial aid could hinge on whether law enforcement believes they were actually raped, which can sometimes itself be an uphill battle.

In addition to the troubling victim-blaming message of the state’s proposed policy, Davis argued that the proposed regulations are more punitive than what’s written into actual statute, and, in fact, broaden the circumstances under which a victim’s actions prior to the crime can lead to an automatic denial of compensation. State law says that the state shall deny a victim who “knowingly and willingly participated in the commission of the crime” for which he or she is seeking compensation and that the state may consider the victim’s involvement in the events leading to the crime as potential cause for denial.

But the language in the regulation states that a victim “who suffers injury as a direct consequence of an illegal act he or she committed shall be determined to have participated in the commission of the crime that resulted in the pecuniary loss.” Simply put, the regulations imply that victims involved in a wide range of illegal activities prior to being victimized shall be denied aid, Davis said.

“This is going beyond what the statutory language says and what the statutory intent was,” said Davis, adding that these regulations are not just problematic for sex workers. The proposed language also says that a victim can be rejected if he or she was “victimized as a result of participation in a prior illegal drug transaction.”

These kinds of rejections based on questionable determinations that the victim may somehow have been at fault fail to recognize that many victims are caught up in cycles of violence, said Davis. “They are deserving of compensation to get themselves out of that cycle.” And punishing a victim for previously being involved in a drug transaction or prostitution means that some of the most vulnerable victims — typically low-income people or those caught up in the criminal justice system — don’t get the help they need to recover from a traumatic incident, activists argued. “It goes to the issue of creating deserving and undeserving victims,” said Davis.